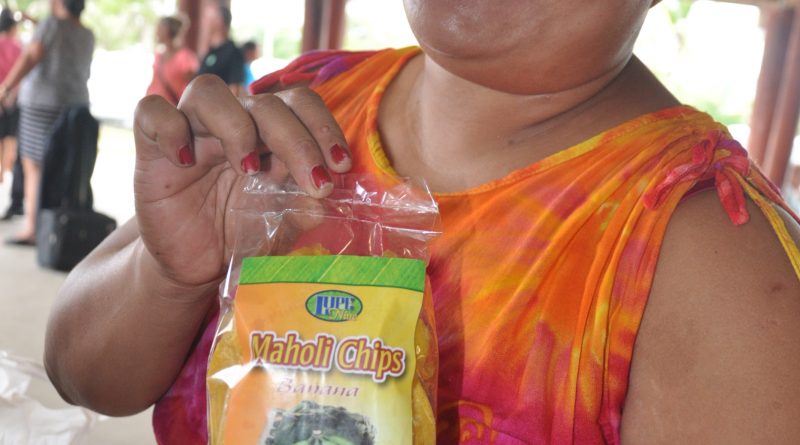 The European Union-funded Increasing Agricultural Commodity Trade (IACT) project, implemented by the Pacific Community, with additional support from the International Fund for Agricultural Development (IFAD), transformed what was once a local savoury into an internationally-marketable product, bought by both locals and tourists.

Feofaaki Fou, grew up watching her mother fry banana chips and pack them in plastic bags, which she would then sell at the local market. As a young woman, Feofaaki decided to enter the family business, and though she improved on her mother’s packaging, she continued to fry the chips at home.

Funding from the EU, IFAD, the Department of Agriculture, Forestry and Fisheries, and the Pacific Organic and Ethical Trade Community, allowed Feo to transform her humble start-up into a successful business. With the injection of financial support and her husband’s contractor skills, she was able to build a new kitchen, get better packaging with safety standards and boost production levels significantly.

‘I’ve also been able to expand to the tourist market and in coffee shops around the island’, Feofaaki said. However, with growing demand, the availability of raw materials has increasingly become a challenge. Sixty bags of chips requires ten kilograms of raw banana.

In response, Feo has started a banana plantation of 300 trees with the hope it will buffer a shortfall in supply from farmers. Feofaaki is keen to see young farmers start up banana plantations, especially through an organic system.  Feofaaki believes other young Niueans can also benefit from working hard and using the fruits of the land.

‘It was hard but … the funding support has made all the difference … We had the business ideas but it [took] a bit of capital and support to lift us to the next level … and [now] we want to empower others.’