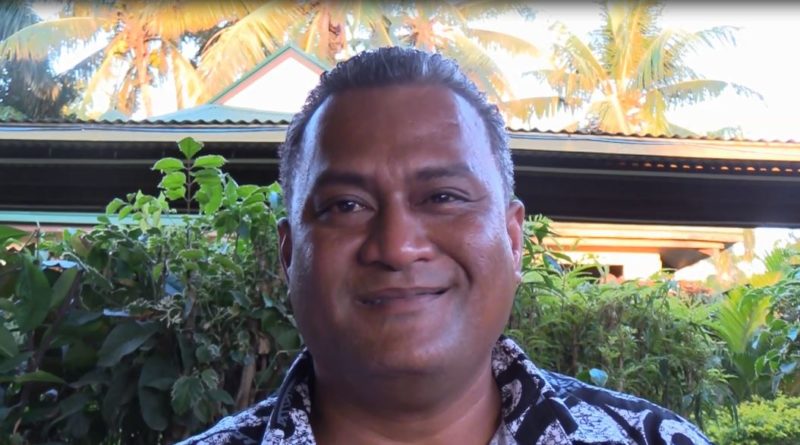 Faafetai Forsythe Fata also known as Junior Fata, 40 years of age, a mechanic of profession, currently manages the Folasa family farm in Fiagatele, Samoa. At Fiagatele, approximately 20 farmers work close to each other in the same area. 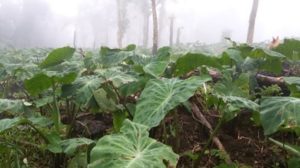 In July 2017, after having lived and worked abroad in New Zealand and American Samoa for more than 15 years, he married and moved back to Samoa to be with his wife and two beautiful children. Faafetai and his family reside at Vaimea with his parents.

When he moved back to Samoa, Faafetai decided to take up the family farm as an everyday job. The reason was that his father is getting older and busy as a church pastor and has very little time to work at the farm. Going into farming was a huge transformation for him, and a big sacrifice for his wife and children too as the farm is a two hours’ drive on very poor roads. After starting the work on the farm, Faafetai soon joined the Samoa Farmers Association and became an active member, attending all the training opportunities, workshops and consultations offered to him. The membership of SFA led also to the opportunity to travel to the Netherlands for a three-week training on farmer entrepreneurship and supported by the Technical Centre for Agricultural and Rural Cooperation (CTA) and the International Fund for Agricultural Development (IFAD) through the ‘Promoting Nutritious Food Systems Project’. These trainings were very helpful in building his understanding and capacity for becoming a professional and entrepreneurial farmer. Faafetai asserts that his father has been his mentor, as he has a lot of agribusiness expertise and more than 20 years of farming experience. In addition, Faafetai did some research, read articles of successful farmers from everywhere in the world.

In the beginning, the farm was mainly for everyday family meals and other family gatherings. Now he is able to sell two sacks of taro at a local market on Sunday mornings. At the moment, the farm employs 4 workers, who are doing the daily farm operations and maintenance work. Every now and then, seasonal workers are hired for labor-intensive operations such field clearing and planting.

The total size of the farm is 300 acres (121 hectares), including 200 (81 hectares) of traditional land from his father’s village, which is currently used for cattle farming, and 100 acres (40.5 hectares) leased from the Samoa Land Corporation. This the result of hard work during the more than 20 years that his father was managing the farm, as most of his time he was dedicated to clearing the land.

At the moment, about 10 acres (4.5 hectares) are occupied by the taro fields, the banana plantation and the vegetable garden. Faafetai’s main focus today is the taro plantation, while he also looks after the cattle farm and the other crops on the land.

The main challenge Faafetai faces as a farmer is not having access to water and electricity. The area is very isolated. His farm is the most remote of all farms in the Fiagatele area. The road access is also very poor; only four-wheel cars can reach the farm. In case of heavy rain and flooding, the road is usually damaged and closed for days and the farm cannot be visited.

Before Faafetai took over the farm, his father supplied some taro for export through a market opportunity that was available, but this discontinued because of other priorities. At the moment, taro produced at the farm is sold at local markets in town, for family income and supporting the everyday maintenance of the farm. It is Faafetai’s hope to resume taro export again when the time is right and the farm has enough to supply. The main focus for now is on clearing out the area for extension of the taro plantation.