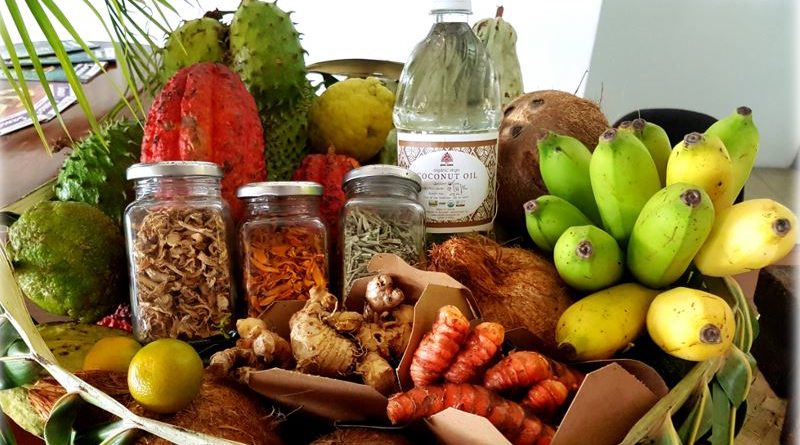 Building consensus among a wide range of players will play a critical role in shaping sustainable solutions for Pacific problems, and ensuring a sense of ownership for new policies and strategies.  That was the message from the  side event Building resilience in Pacific agri-food/nutritious systems: Towards regional alliances for action, at the 2nd Pacific Week of Agriculture (PWA) in Samoa.

The adoption of a consultative process, involving the public and private sectors, small-scale farmers, urban and rural community leaders, women and youth, is a core feature of the approach being adopted in drawing up national and regional strategies for improved nutrition and incomes in seven Pacific island states.

The Innov4AgPacific project, whose progress and achievements were examined during the PWA, has supported the co-design and validation of seven national and four regional action plans to drive the development of value chains and agribusinesses based on healthy and sustainable products and services.

“Our national action plan has been progressing well. We have had a lot of buy-in from the main players – the private sector and civil society – and we need that, because they are the doers,” Tai Matatumua, Assistant CEO of the Policy, Planning and Communication Division at the Ministry of Agriculture and Fisheries for Samoa (MAF) told the session, which was jointly organised by the Technical Centre for Agricultural and Rural Cooperation (CTA) and MAF. “It’s a collaborative effort. We can only preach at policy level, but we need things to be done. That’s why it’s called an action plan.”

“The challenges facing the region are immense, so it is very unlikely that any one actor can take care of this,” said Tawfiq El Zabri, Country Programme Officer at the International Fund for Agricultural Development (IFAD), which is jointly leading the Innov4AgPacific project, together with CTA. “Change really happens from the ground up, so it has to come about at local level, and for that to happen it’s really important that governments, farmer organisations, NGOs and the private sector all work together. It needs to be a collective action plan, because it’s a collective problem.”

Information and communication technology (ICT) has been identified as one of four cross-cutting areas for the regional plans currently being drawn up for the Pacific, and CTA Director Michael Hailu urged greater support for digital solutions, which can be a powerful force for modernising agriculture, and attracting young people to the sector.

“Digitalisation can be a game changer for agriculture,” said Hailu. “There is huge scope in the Pacific for digitalisation for agriculture, and I see there is a lot already happening here. The question is how to make these ICT solutions sustainable, so that they can have a long-term future.”

Highlighting the scale of the nutrition related health problems facing the Pacific region, Sashi Kiran, Director of the Fiji-based non-governmental organisation (NGO) the Foundation for Rural Integrated Enterprises & Development (FRIEND), described some of the effects of non-communicable diseases (NCDs) that she and staff see on a regular basis.

“If we go into the communities, the effects of NCDs are becoming very visible,” she said. “Within 15 kilometres, we found 200 people living with disabilities due to NCDs. There are three amputations a day, and this in a land of abundance.”

In an effort to tackle the issue of diet related disease, the NGO has set up a backyard garden programme to encourage communities to grow healthy food crops such as leafy green vegetables and legumes. Cooking demonstrations are being organised to change dietary habits, and 200 organic farmers have been linked to a restaurant, to help them find a market and drive demand for nutritious food. The initiatives are beginning to take hold, but changing behaviour is a slow process, says Kiran. “At the moment, we are not embracing our food. We are importing food that makes us sick, and we are not talking enough about it.”

Echoing the scale of the challenges, Gillian Stewart, Women in Business Development Inc. (WIBDI) Programme Manager for Savai’i island, Samoa, spoke of the difficulties she has encountered in efforts to improve production, income and nutrition in this Pacific nation.

“The ambition of just moving produce from A to B, and encouraging people to eat more nutritious produce, has been very challenging,” she said. “To me, it doesn’t make sense. It’s as if we had a nutritional desert in this incredible oasis of a rich resource, where the dietary preferences are really distorted, and which are causing so much damage to health and well-being.”