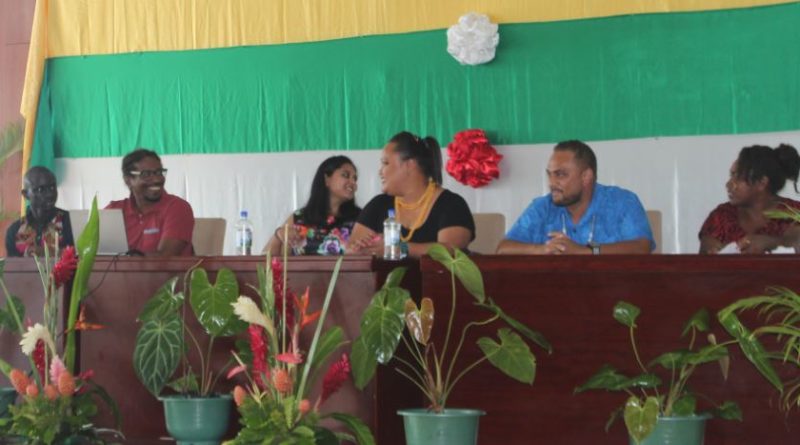 Promoting Youth Agri-Entrepreneurship in the Pacific

The first ‘Pacific Youth in Agriculture Strategy 2011-2015’ was launched at the Fourth Regional Meeting of Heads of Agriculture and Forestry Services (HOAFS) in 2010 in Fiji. In December 2013, in New Caledonia, the Third Meeting of Pacific Ministers of Youth and Sport, endorsed the ‘Pacific Youth Development Framework 2014–2023’.

It’s vision is to create ‘a sustainable Pacific where all young people are safe, respected, empowered and resilient’. One of the principal aims is to be a catalyst for investment in youth and support Pacific Island countries to implement their development objectives.

Progress in achieving significant impact is hindered by the inadequacies in vocational and tertiary education, training and skills development programmes, low education levels and limited access to finance and other investment capital that enable youth to actively pursue sustainable and rewarding self-employment.

Successful models of youth entrepreneurship exist which can be promoted and up-scaled to attract public and private investments to reduce youth unemployment and under-employment and other societal challenges facing governments and the wider society.

The High-level Panel Discussion on Promoting Youth Agri-Entrepreneurship explored and drew lessons from various initiatives and programmes aimed at advancing youth entrepreneurship in the agri-food sector. It also shed light on perspectives and options for increasing youth engagement in agri-enterprise development. There were two panels:

At the end of the Panel Discussion, a draft communiqué has been produced and presented which sets out a framework for action involving partnerships between governments, development partners, financial institutions, private sector and young leaders.

The outcomes will be further refined by CTA and partners to develop a regional roadmap with key actions, strategies, milestones and indicators for measuring success of joint implementation of a Pacific Youth Agripreneurship Programme that is able to attract public and private funding.