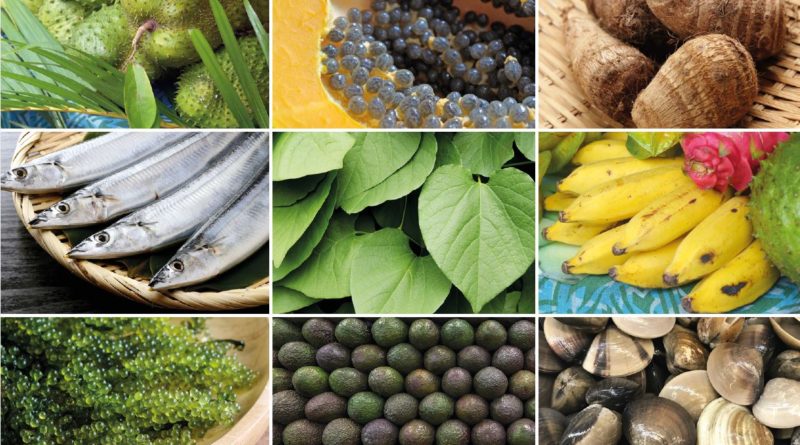 Although small in total land area, these islands are large ocean states, rich in biodiversity (both terrestrial and marine) and have diverse cultures and traditions. In recent years, Pacific Islanders have become increasingly reliant on nontraditional and processed foods, which are often nutritionally poor, and high in fats, salts and sugars. As a result, many Pacific Island Countries face very high rates of non-communicable diseases (NCDs) with increasing numbers of health problems such as obesity, diabetes and high-blood pressure. Many traditional local food crops and seafood that can contribute towards improving the health and nutrition situation and provide new income generation opportunities for local communities are underutilised.

One of the strategies for addressing this health threatening epidemic in the Pacific is to identify and promote the uptake of locally available food crops and marine resources, which are of high nutritional value. Bioactive compounds along with macro and micro nutrients found in crops and seafood play an important role for the health and well being of consumers. However, it has to be taken into account that the consumption of foods also differs between the Pacific Island countries. Food in the Pacific is linked to the cultures and as such some of the preferences are based on cultural beliefs.

The objective of the study led by Dr. Sunil Singh (The University of the South Pacific (USP)), was to identify which crops and marine resources provide the best opportunity for addressing predominant nutrition challenges and supporting value chain and agri-business development.

Some key recommendations include:

Overall, the consumption of local green leafy vegetables, fruits and leguminous crops as well as seaweeds and sea cucumbers needs to be better promoted and their use encouraged. Affordability and consistent supply of these foods, which were identified as barriers to their uptake, could be improved.

Traditional knowledge of Pacific Islanders needs to be better harnessed and integrated with modern scientific knowledge to address the nutritional and health problems. The search for nutritious local foods must be given greater emphasis to meet the FNS challenges in the PICs.