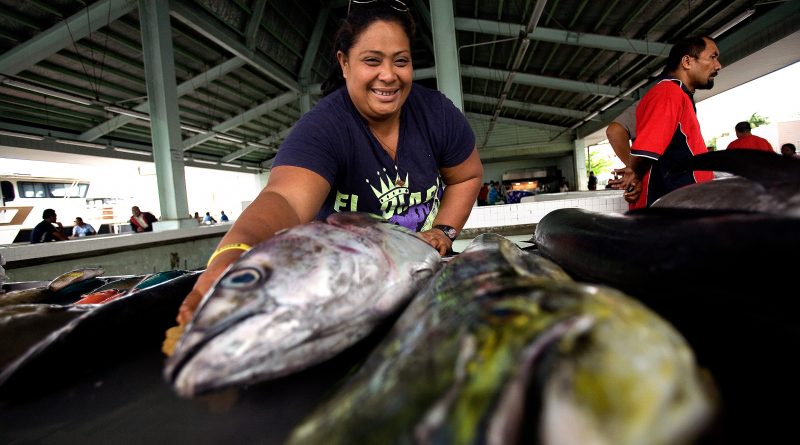 A rapid country scan commissioned by CTA and undertaken between July and October 2015 by the National University of Samoa (NUS) to inform policy and practice about the agricultural and nutrition situation in Samoa. It also focussed on identifying potential gaps in terms of implementing programmes and potential entry points where CTA could assist with strengthening the agriculture nutrition nexus in Samoa.

The emphasis of the scan was on identifying existing nutrition capacity and the main nutritional challenges faced.  For example, the study identified that in 2014, 85% of the population aged between 18 and 64 years was obese (mean body mass index greater than 30.0 kg/m2). Additionally, the study found severe wasting among children 0-59 months (4%) and moderate to severe stunting (5%) in the same age group, high incidence of anemia in children under 2 and pregnant women with higher incidences in North Upolu and the rest of the Upolu island.

Despite government initiatives to encourage people to return to the land, agricultural activities are decreasing. Modern diets in Samoa, especially in urban areas, tend to lack fruit and vegetables and there is a growing dependence on imported food. 35% of Samoans do not eat fruit and vegetables because of the high price which can be associated with the stagnant performance of the agricultural sector (the contribution of agriculture to Samoa’s GDP amounted to 10-11% in 2010).

Non-communicable diseases, especially cardiovascular diseases, are the leading causes of death in Samoa. The number of overweight people, especially children, in the country is a major concern. Improving the population’s diet is a complex task that requires a coordinated, multidisciplinary approach.

Potential entry points for CTA include working with NUS, NGOs and other partners to increase awareness on health and nutrition value of local foods, improve production efficiencies and availability of local indigenous fruits and vegetables rich in iron and vitamin, and helping to ensure the sustainability of training programmes for farmers and other actors in the value chain. Building on these existing initiatives in any of these areas and integrating metrics for tracking success would benefit the most vulnerable communities and improve food and nutrition concerns.